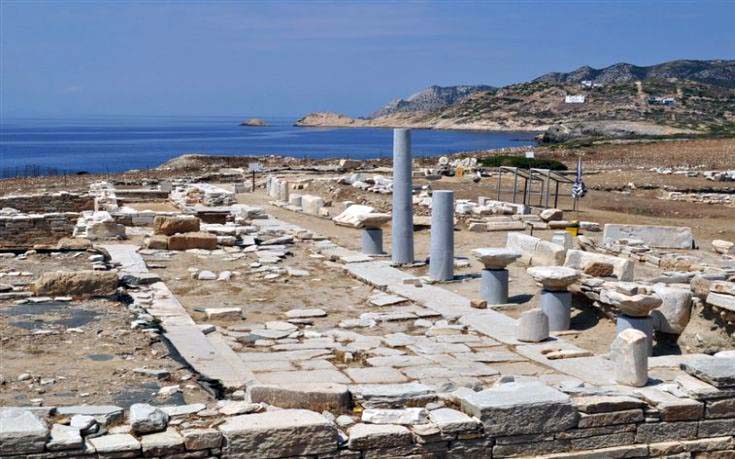 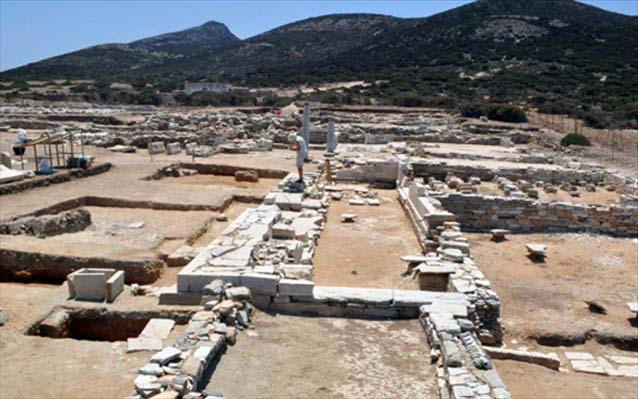 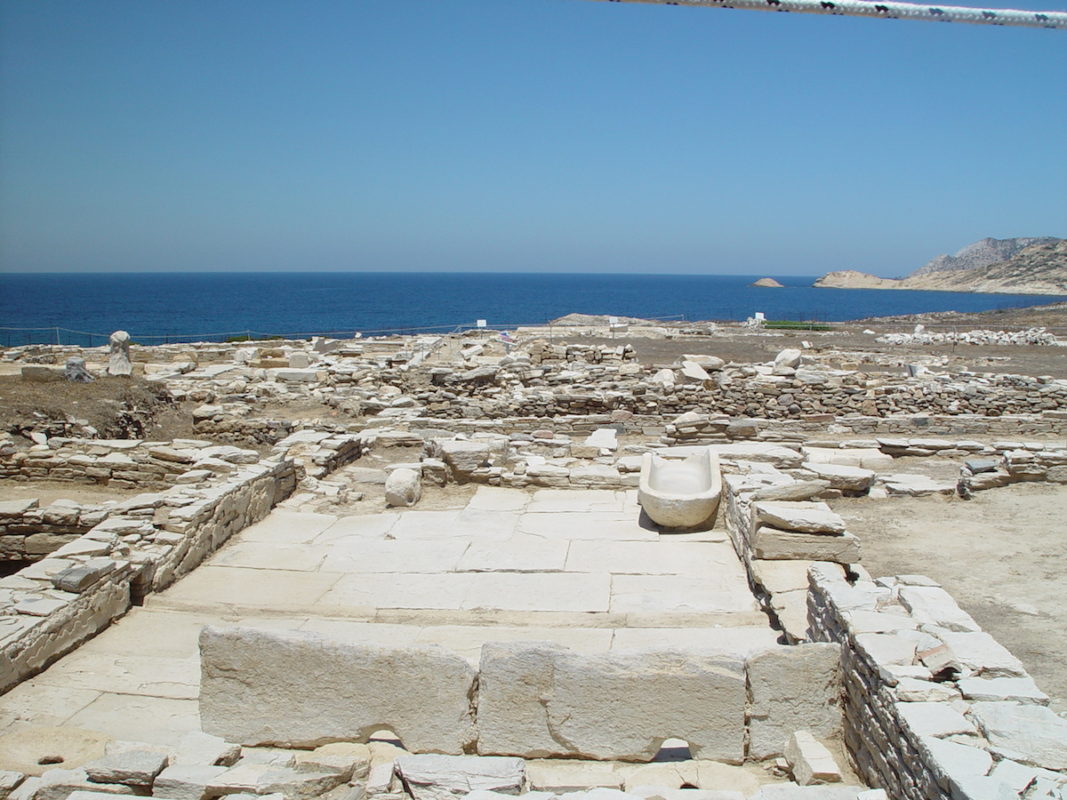 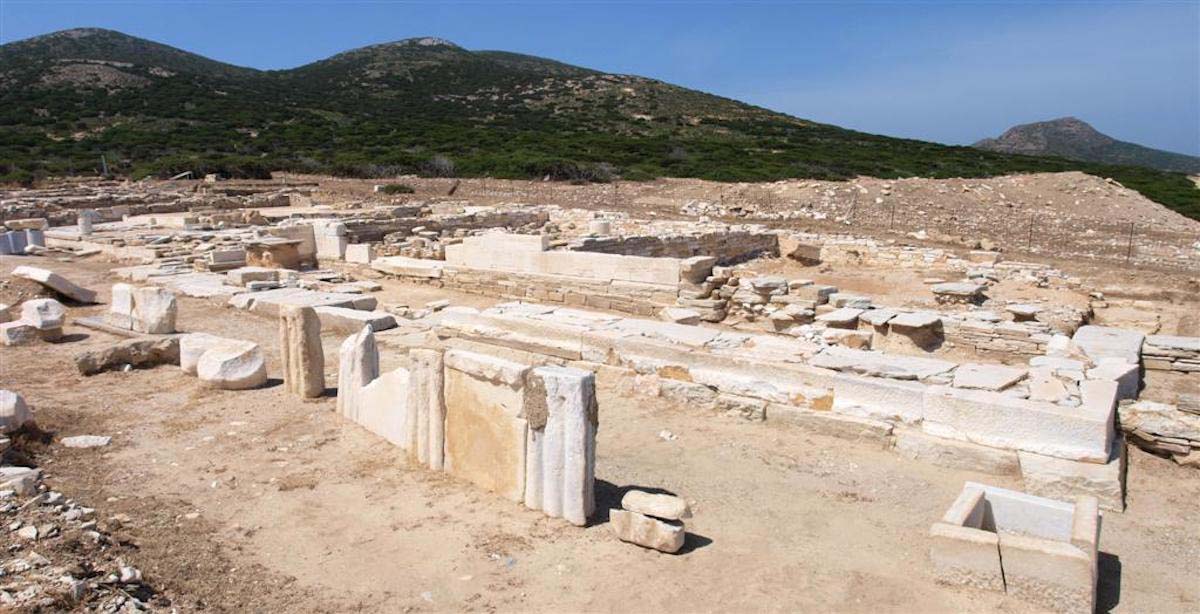 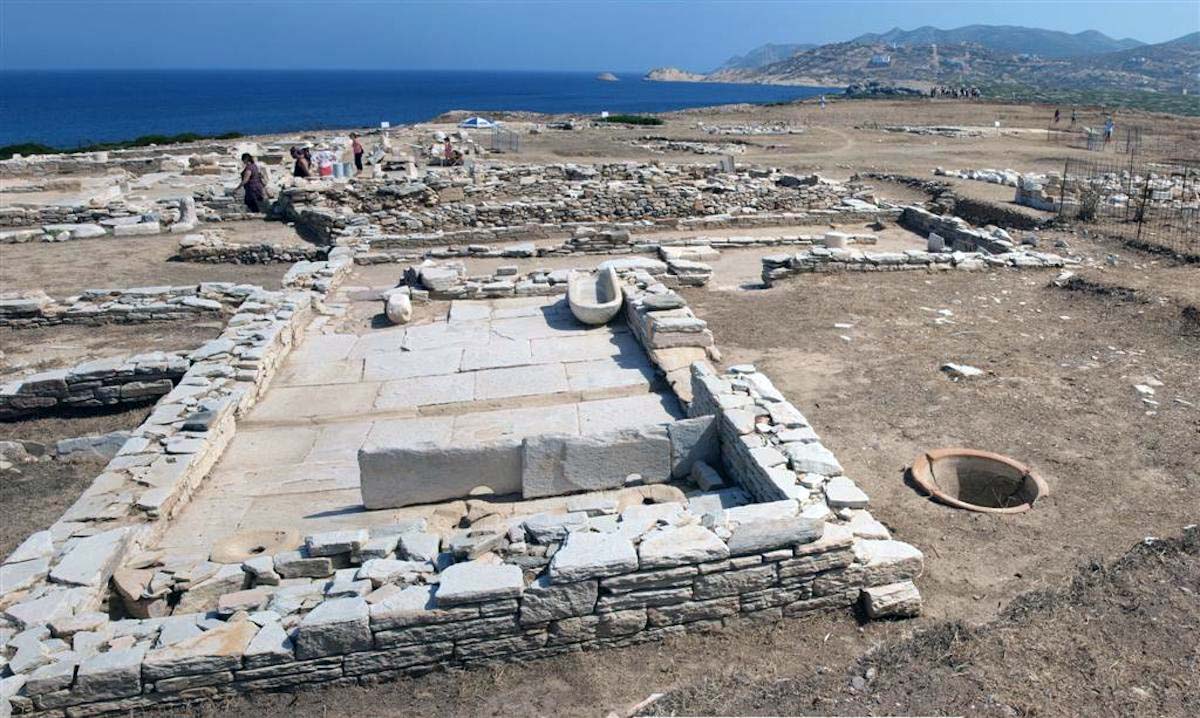 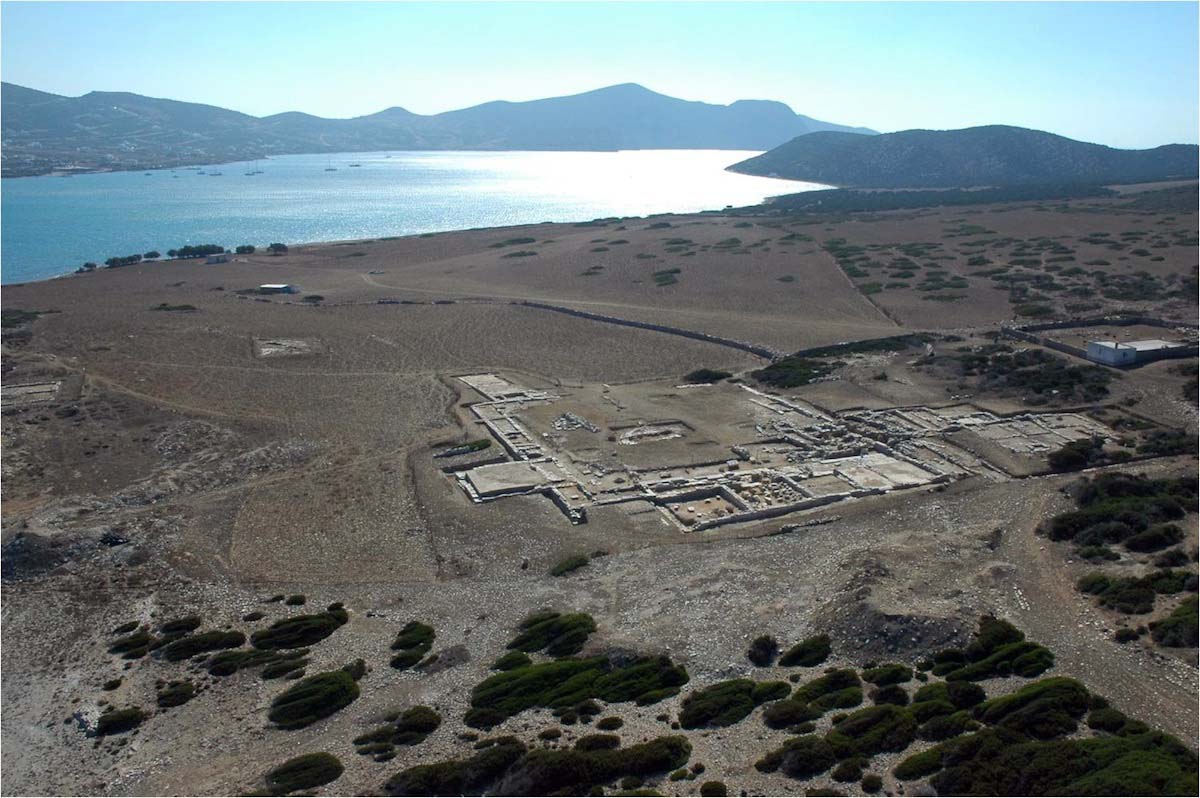 Despotiko, or Episkopi, is not the sole island in the Antiparos cluster to be of great archaeological interest; next to Despotiko are Tsimintiri and Stroggylo, while to the north of the isthmus separating Paros and Antiparos is the islet of Saliagos, where the oldest settlement in the Cyclades has been unearthed.

Despotiko has been identified with ancient Presepinthos, according to the information provided by the Ancient Greek historian and geographer Strabo, and by Pliny the Elder, the Roman historiographer and philosopher. In the 19th century, Christos Tsountas conducted the first archaeological excavations on the islet, his research resulting in the discovery of Protocycladic [Early Cycladic] cemeteries. In 1959, Nikos Zafeiropoulos carried out digs in the areas of Zoumbaria and Mandra, on the northeast coast of the islet, which revealed architectural components of a Doric temple from the Archaic period. These findings date to about 500 BC.

Since 1997, archaeological excavations in the area of Mandra, conducted by Mr Yannos Kourayos, an archaeologist from the Greek state archaeological service, have brought to light a great part of the auxiliary areas of a sanctuary. Specifically, an oblong building complex, constructed in a north-south direction and consisting of five consecutive parallel rooms, was discovered. The west wall of the building was revealed to have a length of 35 metres, and a maximum (surviving) height of 1.7 metres.

The three rooms on the north side comprise an independent building unit, thanks to the large Doric-order portico found along its length, in addition to an 18 metre-long stylobate bearing the mountings for the Doric columns. The two rooms on the south side are constructed on a lower level. They are square, with approximately the same dimensions—eight metres by eight metres—, with entrances on their west side and a type of closed fore-structure, measuring 17 metres, located to the east of these. The entrance to the fore-structure was in the centre, between the entrances to the two rooms.

The facades of the building have been found exceptionally well-preserved. Two rows of marble structures—with an ashlared system resting upon a guide composed of large sheets of slate—have survived.

The gradual removal of the stone-fence wall and its dismantlement revealed 520 new architectural components—drums, capitals, triglyphs, sections of cornices and others.

To the southeast, a plethora of subsequent buildings, constructed using architectural components of the Doric temple, has come to light. The discovery of these more recent buildings confirms that this space was in use during the Middle Ages. The continuation of the south wall of the archaic complex—some 60 metres in length and forming an L-shaped type of enclosure—was discovered in the deeper layers below the medieval buildings.

Extremely important movable findings made of a variety of materials and of Eastern Ionian, Rhodian, Cypriot and Egyptian origin were unearthed underneath the floor of the south room of archaic Building A.

It is likely that these findings, which in chronological terms cover almost the entire range of the archaic period, were placed below the slate sheets of the new floor of the room when the temple was renovated in a second phase during the archaic period. The artefacts that came to light included Protocorinthian [Early Corinthian] and Corinthian aryballoi, clay figurines, various faience objects and statuettes, signets made using semi-precious stones, bronze and ivory clasps in the shape of a figure-eight, one ostrich egg, stone, glass and gold beads, iron, bronze, silver and lead objects, such as implements, swords and many agricultural tools. Worthy of mention are the aryballoi in the form of animals, a rooster and a hare, one in the form of genitals, and a rare rhyton in the form of a lion’s head. The large-scale, labyrinth-style figurine of a female deity, dating to c. 680-660 BC, is considered a unique find.

The findings in the excavation area include many marble components of sculptures, archaic heads of kouroi, the torso of a nude male statue, a section of an inscribed perirrhanterion [aspergillum] of the archaic period with the inscription ‘Mardis anethiken’ [dedicated by Mardis]. The constructed square marble altar, dedicated to ESTIA ISTHMIA [isthmian Hestia], which dates to the Classical years, constitutes an extremely important discovery. It is testament to one of the deities being worshipped; at the same time, it provides us with the place name of the cape where the altar ‘ISTHMUS’ is located and confirms the existence of an isthmus. In addition to Building A, a total of five other buildings have come to light. Building C is a large rectangular bipartite building constructed in a north-south direction, with dimensions of 12.5 x 10 metres, divided into two rooms each with the same dimensions, and has been dated to the end of the 6th century BC. Building B sits in a prominent position five metres away from Building C, and has dimensions of 20 metres.

Building E was discovered in the area outside the contemporary fence—the latter has been retained in order to protect the already excavated Building A. It runs in an east-west direction, and its plaster floors have been found preserved. It has been dated to the Early Hellenistic Period. At present, it is not possible to determine the dimensions of the building. Finally, Building F, located to the east of Building E, has also come to light, and is large in size as well. The use of this building likely dates to Late Classical / Early Hellenistic times.

The discovery of five inscribed potsherds, which date to the 6th through the 3rd centuries BC and bear the inscription ‘APOLL’, reinforce the view that this was a sanctuary dedicated to Apollo. The great similarities between the movable findings and architectural components at Despotiko and those at the sanctuary of Delion in Paros, which was dedicated to Apollo and Artemis, lead to the supposition that the former was a sanctuary dedicated to the worship of these two deities.

As is well known, the worship of Apollo was one of the most widespread in the Cyclades, with Delos constituting the largest centre of worship of that deity. According to tradition, there were 22 smaller and more modest secondary sanctuaries. One of these, it appears, was the sanctuary at Despotiko.

To date, it has not been possible to determine the floor plan of the temple, since the foundations have yet to be revealed; however, the foundations are most likely located on the east side, or within the area of the ‘L’ formed by archaic Building A.

The sanctuary of Despotiko constitutes a unique case in the Aegean space—a singular and intact archaic sanctuary, in use from the 7th century BC through Roman times, located on one of the loveliest and naturally beautiful uninhabited and pristine islets of the Aegean.

Unnamed Road
Despotiko 840 07 GR
Get directions
Despotiko can be reached by private vessel or by boat from the small port of Ag. Giorgios. Daily departures through out the season. 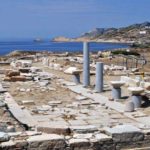 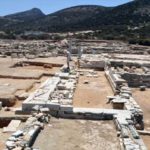 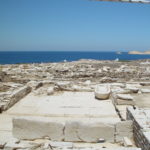 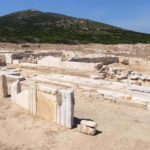 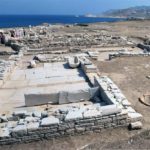